It is with a heavy heart that I write this modest obituary on the life of an extraordinary feline, Sir Toby, who has been the mascot of this blog for the last six years. He was diagosed with kidney failure, and passed away peacefully on February 12, surrounded by people that love him.

It feels weird to have it be the night of the Oscars and my fluffy fellow couch potato and critic, gone to that great catnip ranch in the sky. He got so much joy out of curling up next to me, watching movies. Many people have asked, "Did he really watch them with you?" He sure did, and you can bet that first night my fiance Casey and I settled on the couch to watch some Star Trek without that familiar warm fluffball, I was inconsolable.

Toby came into my life in the spring of 2005 when he was living with my friend Chris in an apartment in New Haven, CT at the time, right down the block from my aunt and uncle's house. I had just graduated from Binghamton University of New York and was starting out my career as a journalist for a local community paper in the area. Chris traveled a lot for his work, and Toby (he came with the name) was his ex-girlfriend's cat. She had moved out and was going to "come get Toby later" when she found a new place. I started catsitting him while Chris was away and in the meantime we fell in love with each other's company. I'll never know how old he was really - he was a rescue that had already lived with at least one other family, but we estimated him to be around 3 at that time.

Six months later Chris's ex told him that she couldn't successfully find an apartment she could afford that would allow her to have a pet, so he was on his own with Toby. He didn't feel it was right to keep him considering all the traveling he was doing but didn't want to throw him in a shelter. At the time, I was not in a financial or practical position to take on a cat,  but he had basically become mine anyway, so I found a more pet-friendly situation and made it work.

I'll never forget when I came to pick him up for good. He was very nervous in his little carrier and he mewed and mewed and mewed. That is, until I threw on a Billy Joel album. I was just getting into Billy at the time and apparently Toby agreed with my taste in music because he quieted right down and was visibly more at ease. Later, when we decided to forego the carrier for a harness (significantly less stressful of the two options), I'd always make sure to have a Billy Joel or Sting album handy if we had to travel. It never failed to chill him out.

I would soon discover that Toby was a great lover of people, and he could win over the most devoted cat hater with his rough tongue kisses and dashing good looks. Put him in a bowtie and he was irresistibly dapper. He loved parties and being the center of attention and was a total ladies man. He was an incredibly empathetic creature, right by my side whenever I was lonely or afraid and purring and sporting half-closed eyes kitty smile of his when he was "picking up the good vibes" as my Dad would say. He was also amazingly tolerant of new situations. We moved eight times together over the course of 10 years. It never really bothered him - as long as he had me and I had him, anything was possible. We lived together for four years, just the two of us, in a 425-square-foot studio apartment in East Haven, and he was a huge amount of company, especially during major life transitions (i.e., breaking up with ex of seven years, losing my job).

The last big move was from Rhode Island to Tennessee in the summer of 2014, and even then, he just rolled with it. He LOVED our house in Tennessee, and I'm so happy his last few years on this plain of existence were spent there instead of a cramped apartment, with a big front porch to roll around on during supervised outings (he was mainly an indoor cat). I made him a promise, that no matter how bad the situation was, I would never, ever leave him. And I never did. Not even at the very end, when he mustered up one final headbutt as I stroked his forehead and I felt his soul slip through my fingers into the great beyond.

Nothing can prepare you for the huge cement truck of grief that comes along and dumps it all on your doorstep when you come home and that friend is no longer there to greet you (which this article my friend Marian sent me that you can read here describes with laser-point accuracy). What is even more extraordinary is the lack of understanding many give to the loss of a non-human companion. Like somehow it is less of a loss. In many ways, I would argue it is more in the case of dear Toby. What other being has been the first to greet me the morning after an endless night of hopelessness to bat me on the head lightly and say in his own way, "Hey, life sucks, but that food bowl ain't gonna fill itself, sugar."

Toby gave me a purpose, and was a huge inspiration for this blog. On my best days he gave me someone to hug and kiss and on my worst days, slept next to my head, licking me gently, giving me the will to go on. Many people have been asking if I am planning to get a new cat, and what I will do with the blog now that Sir Toby has passed on. There will be a new Critic Kitteh, eventually, but not for a little while as we process the grief that Toby's passing has left us with. In the meantime, I've decided to leave the blog and the rating system as-is for a little while in tribute to him. I thank all my family, friends, fans, and followers for sharing in my sadness and offering me hope and encouragement during his sad time. Now and always, you help me to "keep on keepin' on," as the great Bob Dylan once said. I hope you enjoy this memorial video that showcases the best moments over the last 11 years of my funny friend and me.


Posted by The Insatiable Critic at 10:48 AM 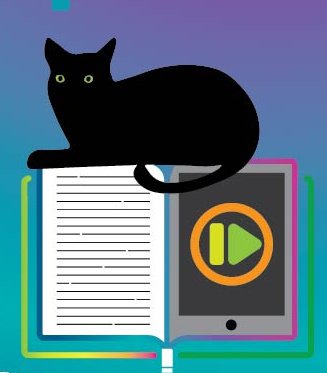 A Decade of Critique

The Insatiable Critic
Welcome to my blog! We are celebrating a decade of the Insatiable Critic one year late because, well, 2020 - enough said. You'll see it has undergone a "brand refresh" as the kids say these days to focus mainly on books and audiobooks, but you may see the occasional film review pop up now and again. Whether you've been here for years or are tuning in for the first time, welcome and enjoy!